We are pleased to announce that our next monthly meeting will be on Sunday, 13th March at 2:00pm and will be in-person, resuming back at The Ed Jones Auditorium, Ellington Agricultural Center.

John Benham will be presenting the second half of his lecture “Spring Hive Management: out of winter into preparing for the honeyflow”.  The first half was exceptional and so the second part is highly recommended.

The May meeting has been canceled. Members will receive email notification of online meeting opportunities.

The April meeting of the NABA has been canceled.

Join us for our monthly meeting Sunday, March 8 at 2pm. We will be in our normal meeting room on the 4th floor of the Ayers Academic Center at Belmont University. Everyone is welcome!

This month our featured speaker is Charlie Parton. He will discuss “The Beekeeper’s Year”.

Join us for for next meeting Sunday, February 9 at 2:00. Our featured speaker will be Howard Kerr.

Howard began keeping bees in 1965 and started with 16 colonies and then expanded to 300 colonies from 1970 to 1995. Now he maintains about 40 colonies. He has served as an officer in local, state, and national beekeeping organizations and currently serves as the President of Tennessee Beekeepers Association. He has worked with the TN Department of Agriculture to develop their Apiary program services, which included initiatives to detect and control bee diseases and pests. He also worked with the USDA on bee related research at Oak Ridge National Laboratory, where he was a Nuclear Research Engineer. While at Oak Ridge, he created devices to help track bees and identify flying insects. He also established a honeybee monitoring program and participated in Africanized bee projects in Venezuela and Mexico. He is frequently asked to give presentations on honeybees and has taught beekeeping classes at UT and worked with their extension specialists to produce beekeeping publications. Howard served as the 20th District State Representative from 1994 to 2000 and was successful in passing the TN Apiary Act of 1995 to modernize the state regulatory programs. He managed the U.S. Dept. of State Cultural Exchange program in TN from 2000 to 2018. His talk on “The Role of the TN Beekeepers Association” should be highly informative. 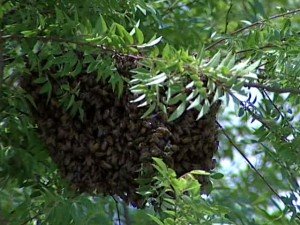